10% Off for Presidents’ Day

President Gives 10% Off in Honor of Presidents’ Day

In honor of Presidents’ Day, the President of Four Star General Cleaning is offering to take 10% off all new monthly accounts. Offer expires March 22, 2012.

New York, NY — To honor the environmental efforts of our nation’s leaders, this Presidents’ Week the President of Four Star General Cleaning is offering 10% off new monthly accounts. At Four Star, “clean” doesn’t only refer to the absence of dirt. Four Star General Cleaning is committed to using only environmentally sound cleaning and maintenance programs, promoting water and energy conservation, recycling and reducing waste, and advocating for greener, healthier and more sustainable cleaning.

The most famous building in the United States is both home and office to the President, which is why keeping it clean and running efficiently is so important. With its current 132 rooms and 32 bathrooms, the White House is a monster of a mansion and office building; reducing its carbon footprint is not an easy task. When the building was first constructed no household staff was provided for its upkeep. In a letter written by Abigail Adams, the first First Lady in residence, she describes hanging laundry in the large, unfinished East Room. Henrietta Nesbitt, chief housekeeper to FDR in the 1940s oversaw the cleaning of the White House, including the massive chandeliers later added to the East Room. Once a year special trellises were put in place for six men to wash and polish the 22,000 separate pieces of glass. It took them a full week to complete the job.

President Barack Obama has joined previous presidents in taking steps to diminish the environmental impact of powering the White House. President Jimmy Carter tried installing a solar water-heating system (though it didn’t save on cost too much). President Bill Clinton made improvements to lighting, HVAC and sprinkler systems among others, saving over $1.4 million in the first six years of the project. President George W. Bush added three solar systems and a photovoltaic paneling system to supplement the mansion’s electrical supply.

The First Lady now has a thriving organic vegetable garden on the South Lawn, and the First Daughters play on an environmentally friendly wooden swing set. The housekeeping staff has switched to green cleaning supplies, and groundskeepers and engineers use green products and equipment whenever possible. Recycling efforts have increased as well.

Four Star General Cleaning is a privately-owned professional cleaning company that has provided personalized and quality cleaning services for over 20 years in the New York Tri-state area. Our cleaning programs emphasize personalization — daily, weekly, or monthly — since each business has different needs. To learn more about our services or to get a free quote, visit 4StarCleaning.com. 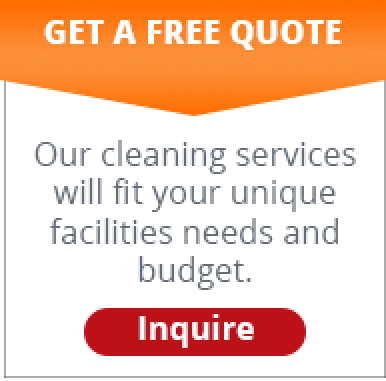